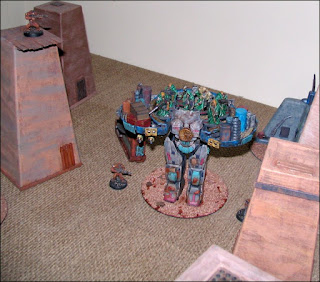 This is something I'm really happy with. Inspired by Mr Papafakis' awesome rendition of an illustration from the Rogue Trader rulebook and spurred on by the November group build of the Trash Bash International Facebook group- I present 'Effcue 3' aka the Stomp Walker. 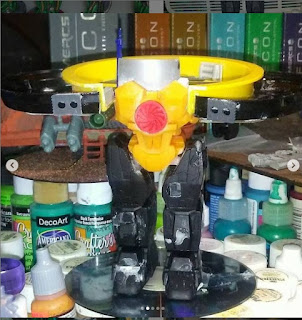 The legs and body came from a Dollar Tree robot toy. The main compartment is an electrical or lighting housing piece of some kind while the two side compartments are the ends of a Mush oatmeal container.  Other bits range from zip ties to resin spruces to pen caps to leftover bits from various miniature kits. 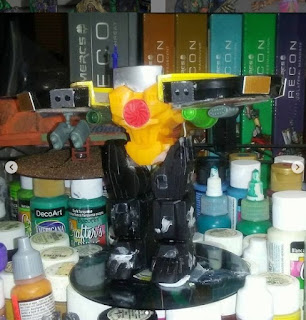 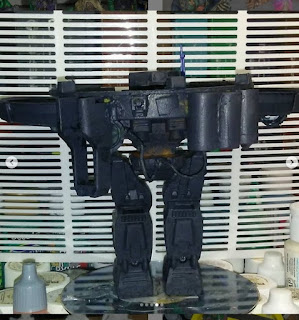 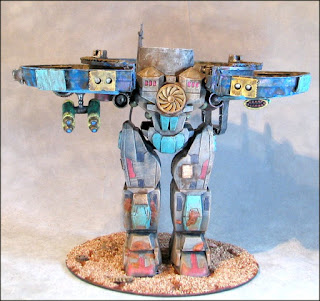 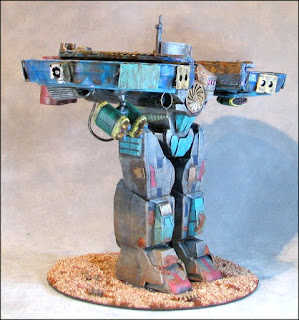 The cockpit shield is part of a Voss water bottle lid and the antenna sort of thing is from a multi-color ink pen. The right side turret weapons and the left side rocket launcher are leftovers from a Robotech Tactics Heavy Weapon Battle Pod. The various goldish patches on the legs are from a plastic organizer- they're the sprues that connected the dividers, I knew they'd come in handy for something one day. 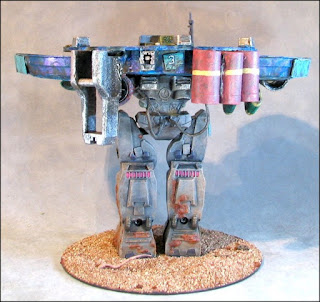 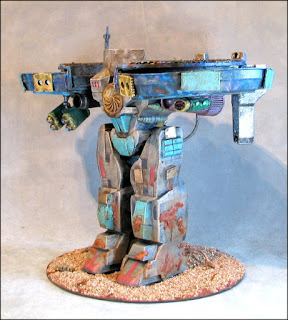 The 3 barrels on the back (fuel cells?) are from pill bottles- the dehydration things in some. I like how the little "3" came out on that little armor plate on the back. The control panel is a bit from a UFO model kit. I've got a few more of that bit that I plan on using in other projects that need a computer/control panel. 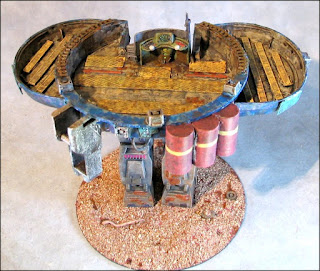 The details on the base are sparse, as they should be. But there are some interesting bits- the tentacle emerging from a hole and a few old cogs from some unknown machines of the wasteland. 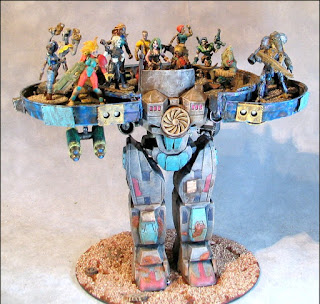 "But how's the ride?" Well, it comfortably fits about 13 minis as you can see. This motley crew is mostly on 25mm bases (the elephant guy and the hunched over green guy to the left of the control panel are both on 30mm bases). I've come to think of the ziptie ends around the main compartment as some sort of antigrav net generators that help keep the passengers inside and absorb the shock of the stomps. 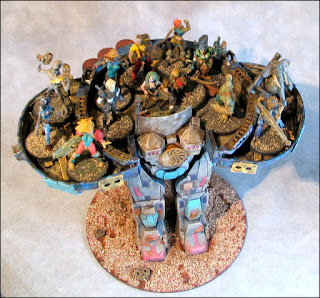 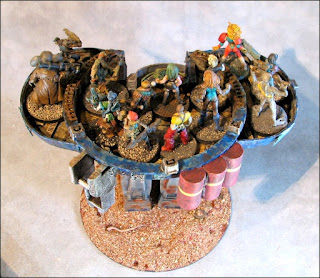 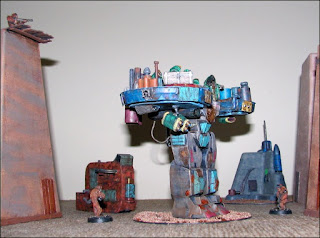 Here we see the Stomp Walker with some terrain and minis on the ground (and atop a building). The Stomp Walker is about 4.5" tall so the popcorn buildings make it a little vulnerable from snipers. 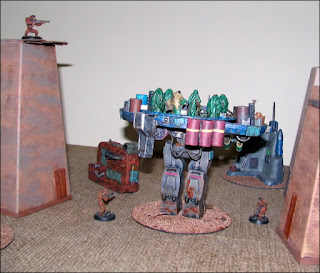 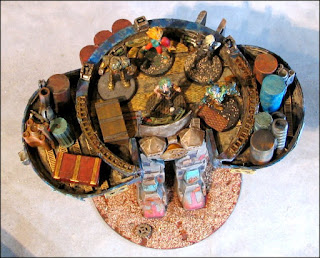 The 2 side compartments were originally conceited of as cargo areas (I really like how he right compartment is bigger than the left, it gives it an off balance look that's pleasing to my eye at least. 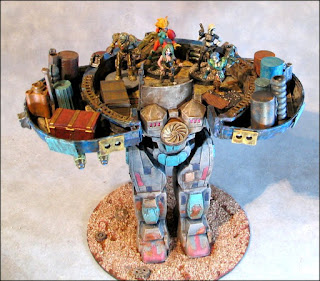 Again, I really like how this monstrosity turned out. I had been hoarding many of the parts for way longer than I'd like to admit. From start to finish it was a little less than a month for the Stomp Walker to come together. I now need to find some of the different Dollar Tree robots to use for additional variants...