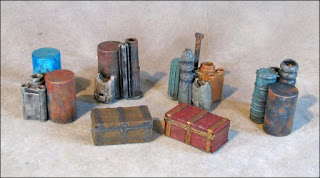 Scatter terrain is always needed. These were actually all done before the Stomp Walker, many have appeared in some of the WIP pictures of that and the "Jenny" Vastra variant. I wanted to make some standalone scatter that could double as objectives to be lugged around too.

These 2 pretty ordinary chests are resin pieces from the Conan miniatures boardgame. The Forge of Ice Sleazy Merchant can't wait to have one of his servants crack them open to see what his thugs have stolen for him. These are generic enough to be used throughout the multiverse of gaming... 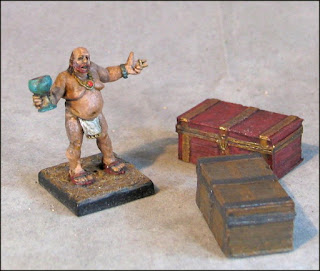 Cargo batch 1 is just a couple of desiccant containers hot glued to a weird weapon or something from the robot that was the basis for the Stomp Walker. 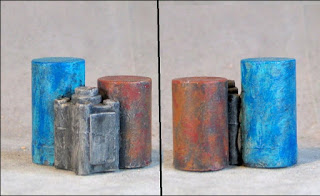 Cargo batch 2 has the other part from the robot that gave us the legs for the Stomp Walker. A part of a multi-color ink pen, a plastic screw anchor, a shoelace snap-on end protector and a cap from something round out this batch. 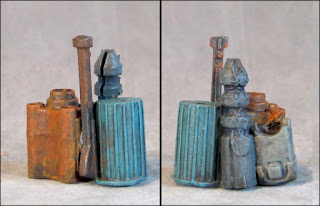 Cargo Batch 3 is simply another desiccant container and various lengths from a durable plastic bendy straw. 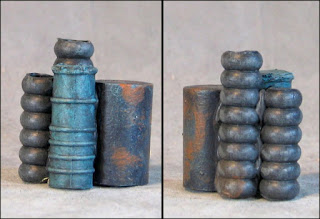 Cargo batch 4 has another desiccant container (they're one of the most useful bits for this sort of thing!) and another shoelace protector. There's also a finger stick needle that has been rendered safe and a Lego-like building toy axle. 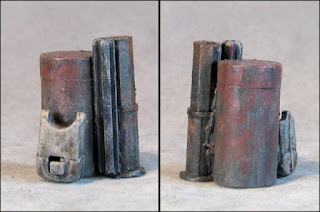 Finally, here we have the Governor and Lady Tashkent reviewing some newly arrived goods to the colony...