From HiTech Miniatures we have a minor conversion of one of their Zyklone Drones that I feel would be great to use as a random technological beast, especially in skirmish games. The underslung missile pod just didn't look intimidating enough. I added the front part of a Karman big gun to make it look more intimidating. The debris on the base is what made me consider this thing as an AI 'in the wild.' I can imagine two Necromunda gnags (or Inquisitor retinues) battling out in an industrial debris zone and waking the Feral AI. Both sides would have to deal with the new savage threat as well as the other warband.  That would be fun to game out. Here we see the Feral AI surrounded by some Veermyn who are hoping to use parts of the technology from it for their own nefarious needs. A size comparison lineup with a Monkey Miniatures guy and a Space Marine. The Zyklone Drone is on a 40mm base- I would've rebased it but it's a resin figure and the base is part of the figure.
Post a Comment
Read more 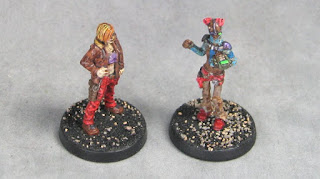 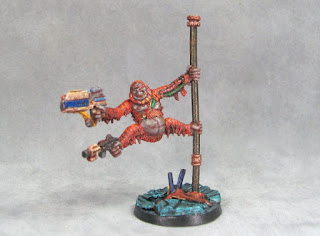 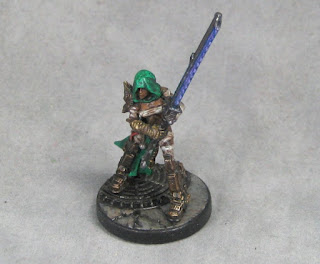 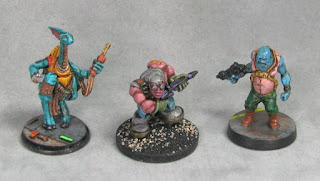 A Couple Aliens Plus 1 (Minismith Roulette Round 2)