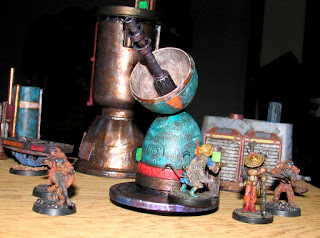 May was the latest Trashbash International group build challenge. The theme was "command" and it needed to use some sort of capsule. I couldn't locate a capsule in my raw materials so I was not planning on entering this time. Suddenly,  with only  a week to go for the deadline, I found a lone plastic Easter egg in the oddest place. I decided that I could do something that would fit in with my Tech Bazaar project using some bits I wasn't sure how best to use...

Here's the text and pictures from my entry: 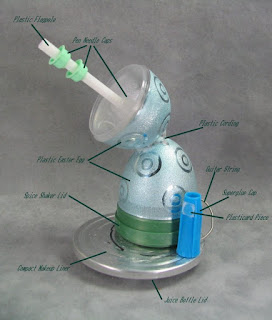 For use with 28mm sci-fi miniatures I constructed this Ion Dome Cannon with Command Console from a leftover Easter Egg. To give the metal compact liner base a hovering appearance I used a wide juice bottle cap which cannot be seen easily underneath the Cannon. A superglue lid acts as the Command Console with a small 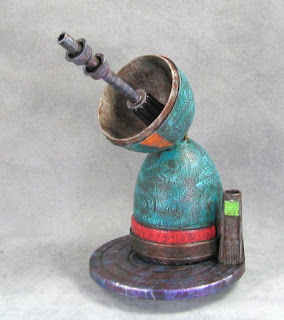 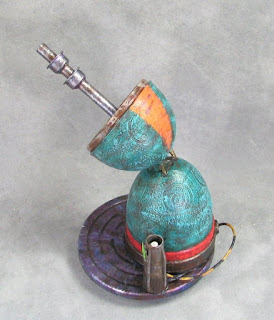 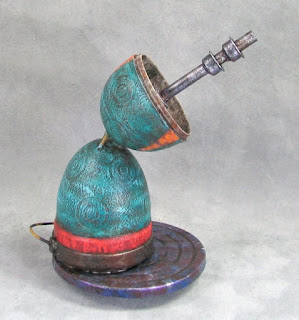 plasticard bit as the touchscreen. I connected the Command Console to the base of the Cannon with a bent guitar string. The top part of the Cannon itself consists of a tube from a plastic flag threaded through 3 parts of pen needle caps to help give the radar dish look. 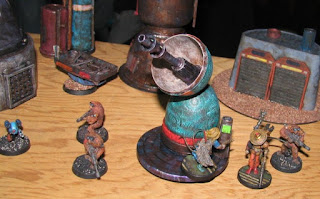 Salvaged from a downed Tarrell battlecruiser, this Ion Dome Cannon has been mounted on a hover-skid to allow for easy repositioning as part of the greater defenses for the Kornopalis settlement. The Ion Dome Cannon creates a powerful bolt of ions with a range well beyond standard planetary orbit. The ion excitement chamber also provides limited shielding capabilities to the Ion Dome Cannon and nearby objects and individuals.

Here are some other pictures of the Ion Dome... 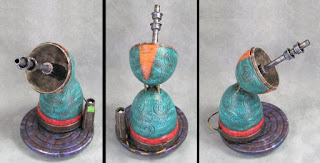 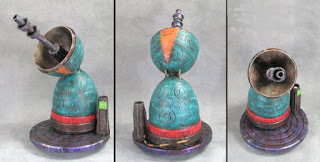 I really like how the hover effect turned out. The juice lid is stable enough that the whole thing won't tip over but small enough to hide in the center of the metal compact case. 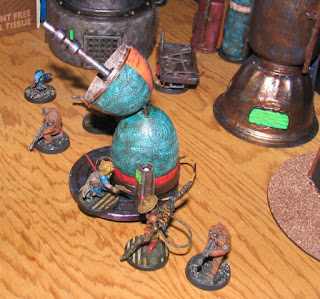