A mix of minis this time. 3 from recent Kickstarters and the rest for a WarGods Tournament that was cancelled...

From the Bones Kickstarter, the Medusa figure. I could never bring myself to paint the metal version of this one. 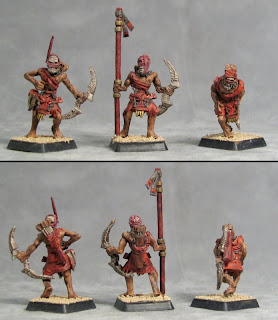 From the West Wind Lucifer's War line of minis, 3 more Scions of Woe Archers to act as either Death Cultists or Infamous Asar in various WarGods of Ægyptus Warbands. I converted the one on the left to bethe unit's musician and the oneinthe middle to bethe Standard Bearer.

Below is the nearly 'completed' unit at 13 Archers. One more and I'll consider it complete for most of my Warband construction needs because a unit of archers larger than 14 is getting a bit too cumbersome... 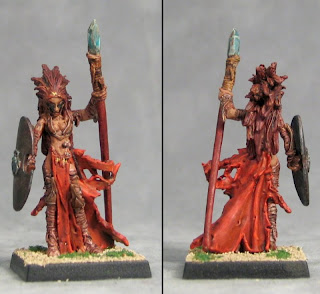 This is Yanisha, Mistress of Woe (or other variations of the theme) an Infamous Harbinger of Isis. Slightly converted from a Werner Klocke Reaper mini. I added the shiled, snipped some off the staff/spear, and removed her pointy ears. Now she's a misguided Ægyptian girl who can kick some butt. 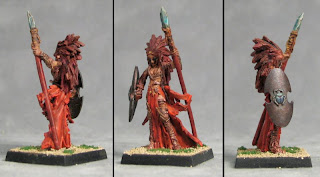 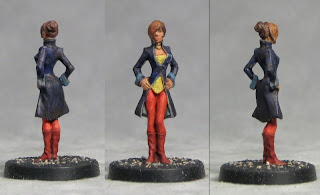 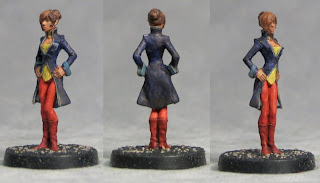 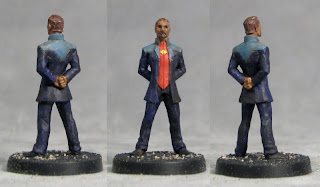 And the Male Founder. 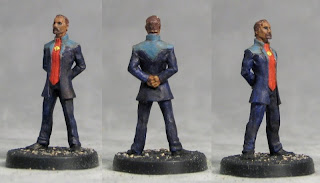 I thought others might find the following pictures useful. Comparisons with other Sci-fi civilians and combatant figures... 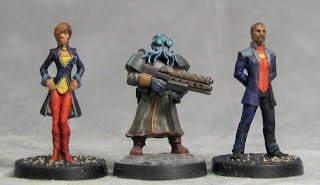 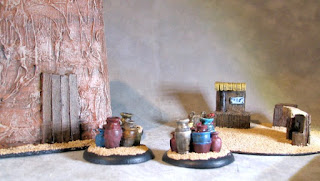