I've been intrigued with the idea of making a "truescale" magic wand for a number of years now. I would see them at GenCon every year and some pictures online and occasionally at a store and think "that's pretty cool, but I'll never get around to figuring out how to do that." I'd go down the youtube rabbithole of crafty videos where they were making wands for Harry Potter cosplay or kid parties and think the same thing. About 6 months ago I started using a couple of old hot glue guns that my Grandmother had. They weren't bad but they weren't great either. Both of them broke in the span of a couple of weeks in mid-December so I picked up a cheap new one from a fabric store. About a week ago I decided to put all that stored hot glue wand making knowledge to work and grabbed a couple of chopsticks, masking tape, and the new glue gun. These were the kind of chopsticks you break apart, so I did and hot glued them together so they overlapped a coup
Post a Comment
Read more 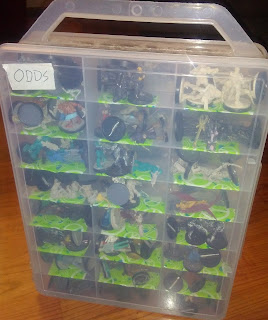 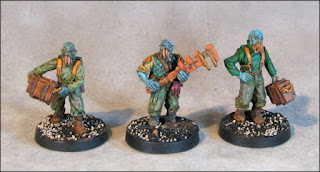 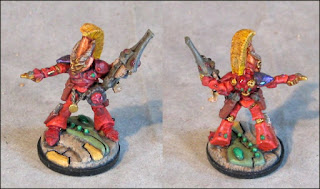 Rebasing and Touching Up an Olde Eldar Figure