Mostly quick and dirty paintjobs to add to the sci-fi table clutter library.

First we have a couple of nondescript technical boxes (batteries?) from the Astropolis Kickstarter. 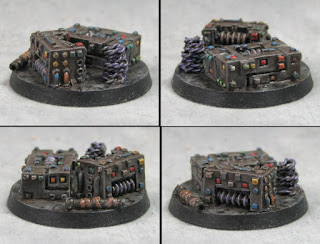 This 40mm base holds a big and little box from Astropolis as well as a coil of cable. 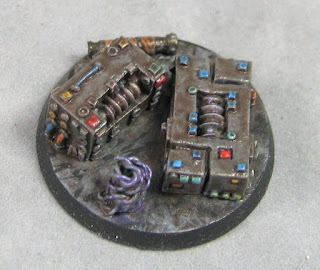 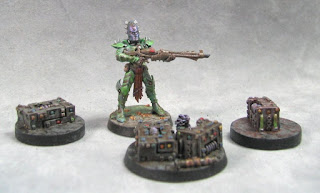 And here's a Dark Eldar guy looking for something to loot from Astropolis. 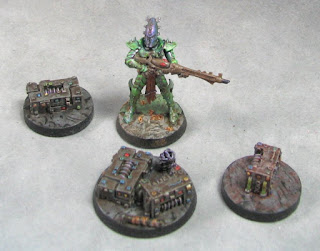 Next up is an exciting Mantic roadblock barrier. 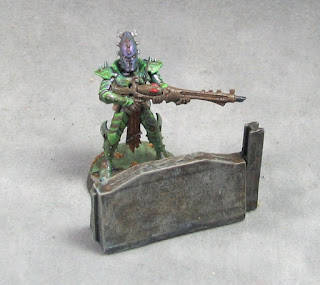 And the Dark Eldar guy is hiding behind/in front of the barrier. 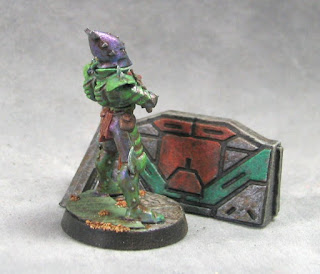 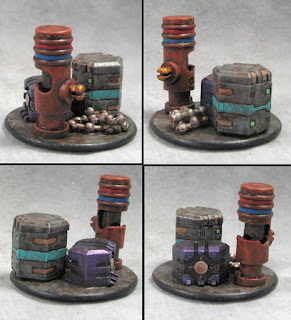 Another 40mm base this time with Mantic crates, a hood-string-stopper thing and a pile of clothestag offcuts. It's come to be known as 'the still base' even though it does not have to be a still, maybe it's an engine part. 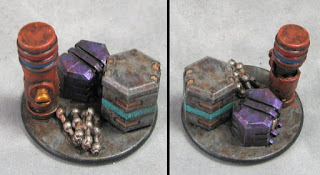 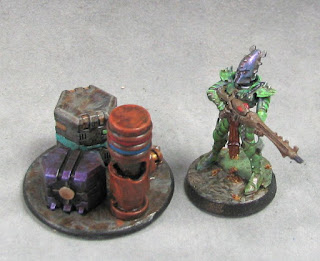 The Dark Eldar guy looks at the rusty device trying to figure out what he can do with it on the black market. 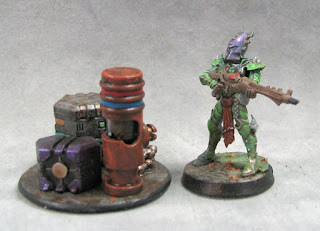 Finally,  this is a 3d printed crate from a vendor at GenCon 2019. I magnetized the lid because I could and it is cool to have the lid able to open. Stuff can fit in there, even some minis. 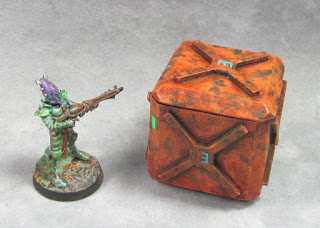 The Dark Eldar guy tries to remember his password to enter on the touchpad to get his prisoner out of the box... or was the prisoner in Box E? 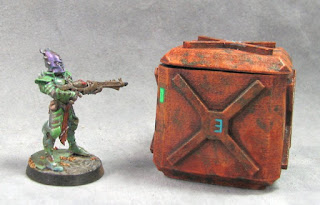