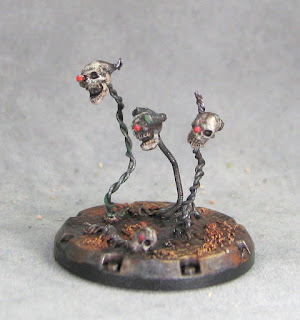 I like putting together servoskulls with various bits from plastic junk to multi-part kits. I've been puzzling out this concept for a very long time- abandoned servoskulls that have come together like a pack of wild dogs, or a swarm. 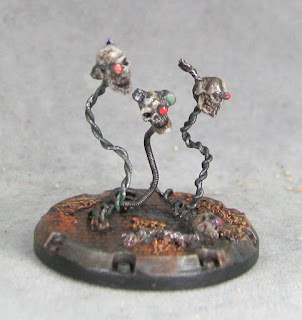 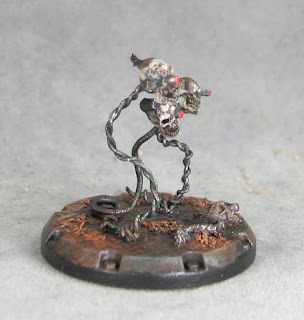 Guitar string and twisted floral wire were used for the cables that lend to the flying effect. I tried to avoid having them all at the same height to add to the "wild" feel of the swarm. 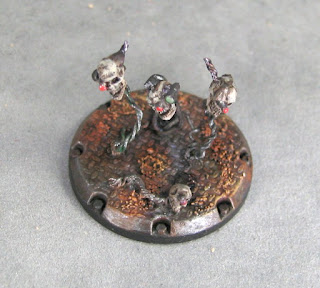 The downed servoskull on the front of the base has a hole in its back and a slightly glossy pool of stuff that the pictures don't quite reflect. 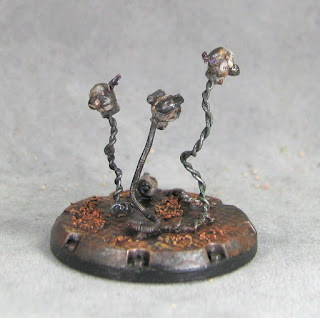 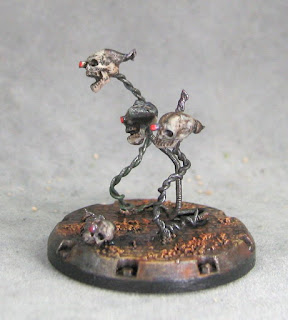 I think the red eyes on these guys gives more of a sinister look than on the solitary servoskulls I've done in the past. Even the downed one has a fading red eye. 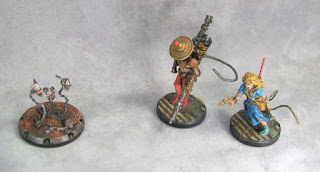 Here we've got some scale comparison shots with various other miniatures that the swarm might run into. (Above- the Wandering Techpriest and his Apprentice conversions; Below- part of the Cthood Repair Team and a Killbot from Diehard Miniatures) 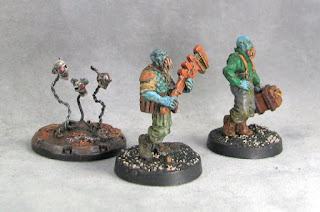 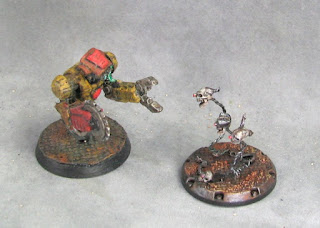