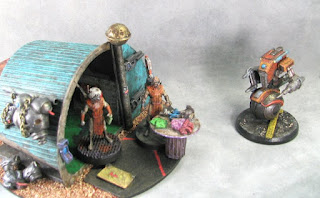 It's about time the main proprietors of the Tech Bazaar, Hibor and Torgh, arrived among the ranks of the painted figures. Plus a "uniballbot" that fits into the Tech Bazaar ecosystem nicely. 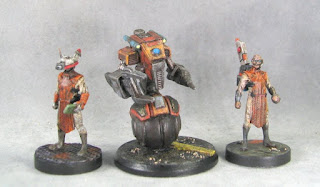 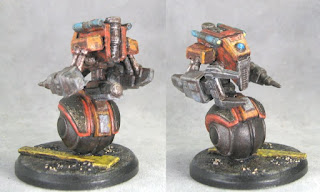 The "uniballbot" is a security robot from the Mercs Kickstarter many years ago. I tried to make him fit into the orangey and grey main Tech Bazaar paint scheme. I rebased him onto a big AT-43 base because he looked much better with extra room and the yellow cable cover (or whatever it is) looks suitable for the odd collection of tech in the Tech Bazaar. 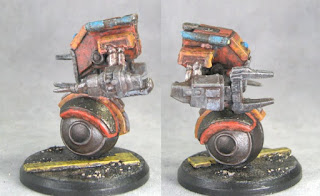 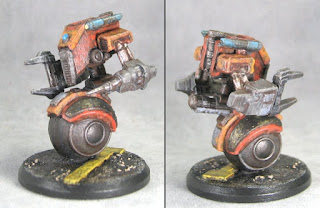 Here's the uniballbot with the everpresent Wandering Techpriest and his Apprentice. 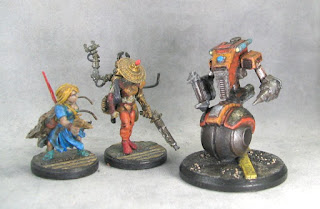 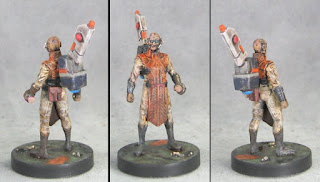 The first of the Proprietors is Hibor, who inherited the Tech Bazaar from his aunt. Converting Heroclix minis is something I need to do more of because I've got a lot of them I've picked up for that purpose. I don't know what the wing on his back is for- maybe for flight or maybe for mobile wifi? It just looks cool and I've seen it in various manga images. 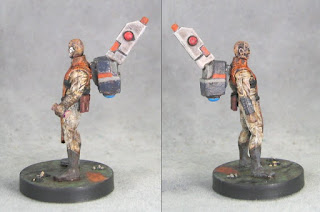 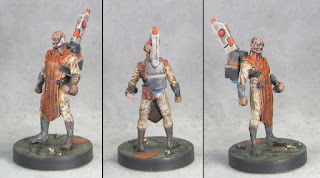 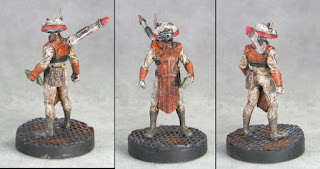 The other Proprietor is Torgh, a cybered up guy brought in by Hibor to help him run the Tech Bazaar operation because it was overwhelming for one sentient. A slightly different Heroclix figure this time given an R2 head from one of the Adeptus Mechanicus kits because it looks awesome. He's got a cool datapad from a Freeborn plastic figure from Beyond the Gates of Antares. 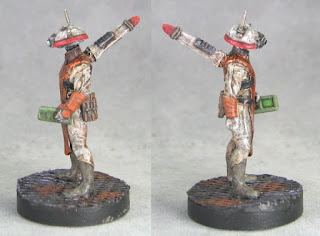 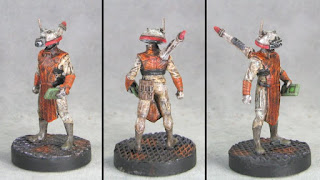 And here Torgh and Hibor discuss terms for parts with their old acquaintance the Wandering Techpriest... 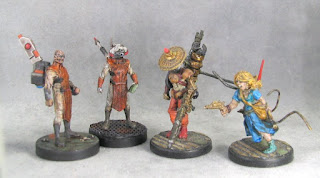