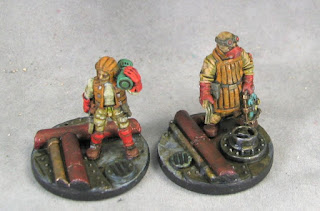 These two Colony 87 figures have been almost done for far too long. They started out on regular 25mm bases but I decided they'd both look better on these 30mm MicroArt Studios/CMON plastic scenic bases. Since there are pipes on the bases they became known as the pipe cleaners. 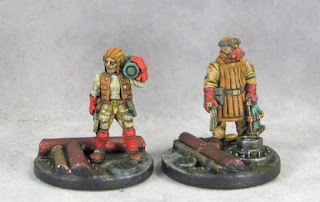 First up is 'the junker' with his space tool and canisters ready to do space stuff to space things. 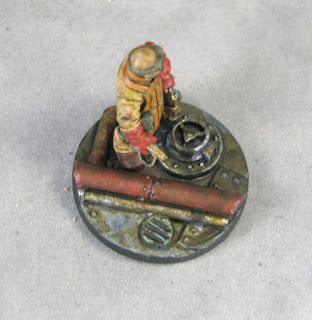 And then there's 'the mechanic' with her big technotube on her shoulder and her space wrench. 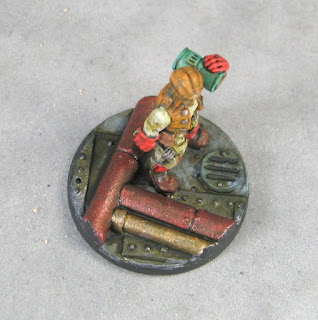 Finishing these two has sparked the idea for another Tech Bazaar terrain piece of a pipe station for them to hang out in.