Shephethiah the Rampant and Ancient Technomancer 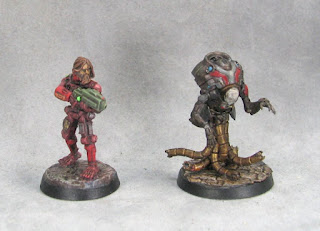 Headswaps are easy and can sometimes change a rather plain miniature into something very cool. I like how these two figures turned out with their respective headswaps. 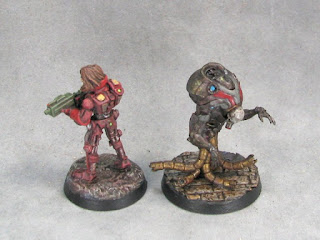 The Ancient Technomancer is based on a figure from the Fallen Frontiers Kickstarter with a skull from Dragonforge and a length of plastic rod for the optical implant. The original head was a flat robotic sort of thing that I thought would look much better as a techno skull.

Here we see the Wandering Techpriest and his Apprentice confronting the Ancient Technomancer... 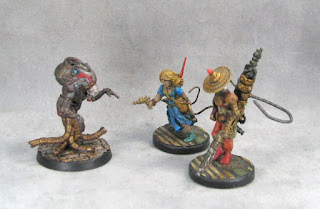 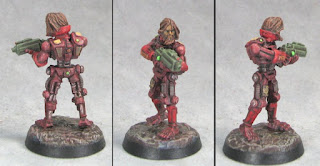 The cyber-viking Shephethiah is the first of at least 5 headswap conversions of Copplestone Future Wars terminators to make a cyborg gang I'm calling 'the Rampant.' The head is a resin bit from Spellcrow that I thought would make an excellent conversion.

Here we see one of the terminator figures with the original head next to an in progress Shephethiah. The other 4 have now gotten their human heads mounted and they'll hopefully be painted up soon. 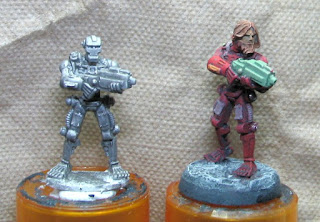