A couple more of the tall things for the Tech Bazaar project and three cybernetic miniatures for use with the terrain and beyond. 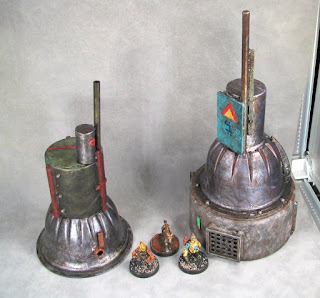 The first of two minor conversions of Android Collective Kickstarter minis. I liked a few of the designs but some of their giant heads just didn't do anything for me. So I chopped off the heads on a couple that I hadn't painted yet and looked for some heads of a more normal size. This guy got a plastic head from GW's old Warhammer Empire set. I thought the hat would give him a little character.

The second servitor headswap used the head of an assassin from the cyberpunk miniatures game Rezolution. I liked the body of the original mini but this head seemed too small so I did a headswap on it long ago. This head didn't look right because of the lack of neck so I added a length of plastic tube with a pin into the body and head. It looks a little weird but I think it works. 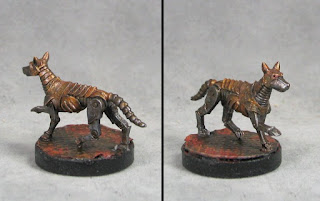 This cyber dog is actually just a WarGods of Olympus figure based on a round 25mm base, no conversion on it. I've gotten a few of these to use as cyber dogs and for a potential Hephaestus Demigod warband for Olympus. I decided he needed a UV resin scenic base so I gave him one of the less perfect ones and made it pretty rusty along the edges. 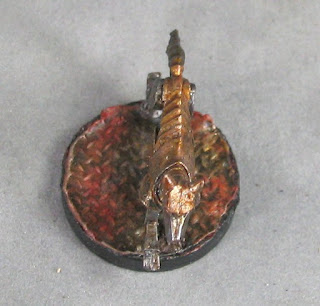 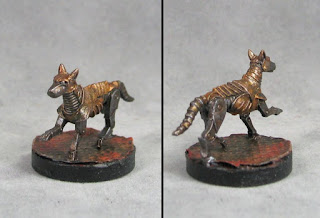 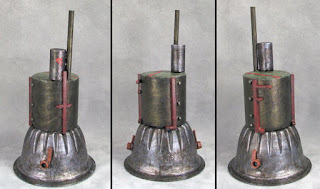 The Hejz Pumper is another of the overturned fruit cup pieces with a packing tape core on top. I've become a little obsessed with taping off lines on these terrain bits and then pulling up the tape when it's dry- so satsfying! 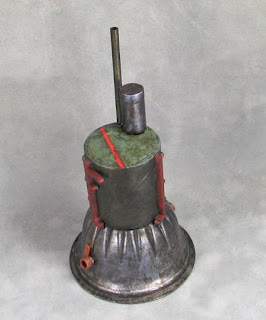 Here's the Wandering Tech Priest hanging out on top of the Hejz Pumper. 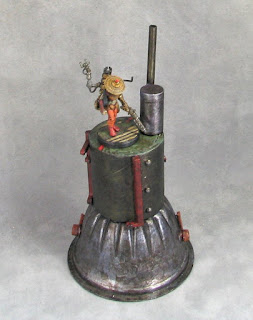 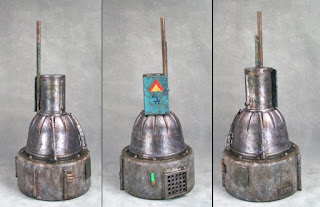 Finally, the Methane Reclamator was made with an overturned fruit cup on top of a small plastic round box. A test strip cannister provides the top bit and the sign is an old remote control battery lid with the catch cut off. On the bottom section I used a grill rom one of the Trash Bash Bits Kickstarters and a little strip from a giftcard for the control panel. 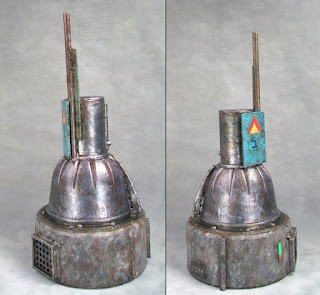 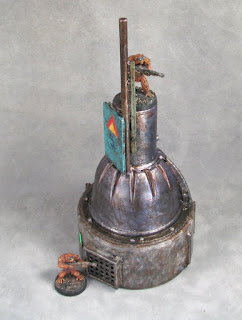 Here we've got a couple of the Fakaero around the Reclamator. Below, Faith (a Hasslefree mini) is about to get a nasty surprise from one of the Killbots (a Diehard mini).... 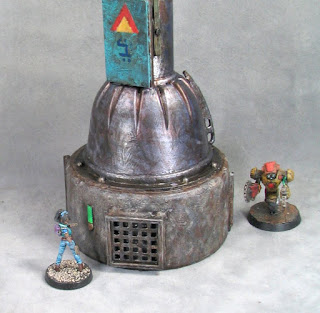