Minismith Roulette Round 2- A Couple Aliens

Round 2 of the fan favorite Minismith Roulette is underway! Let's roll some dice to see what we'll be painting this time. 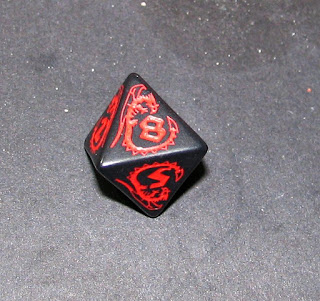 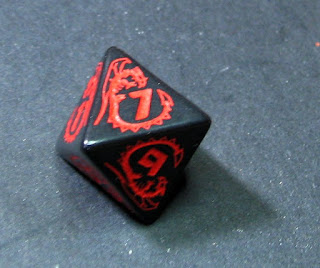 Next is a 7 which means we go down to the seventh row of miis... 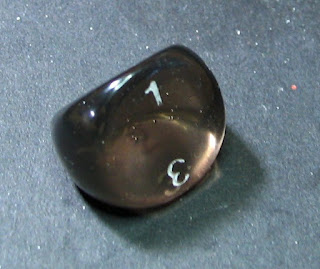 And finally a 1 (same roll as last time too)! So let's see what minis we're forced to choose from. 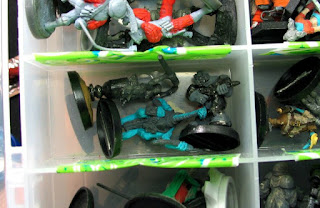 Removing them from the cell we have- (left to right) Baba Yaga from the old Steve Jackson Games Hellboy RPG minis; A West Wind SuperFigs alien soldier/minion; and a cool Hydrissian originally from Alpha Forge. 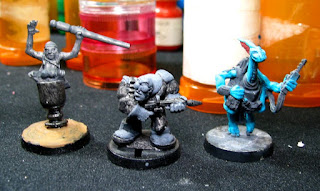 I decided on the alien soldier guy and the Hydrissian tech, but I am no fan of integral bases, so something needs to be done. I decided I might as well rebase the Hydrissian too because his base has a prominent chunk missing from it that I don't want to have to fix with UV resin or putty. 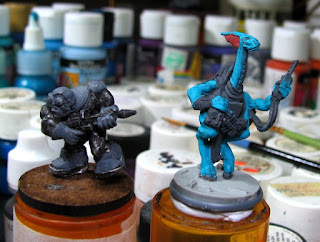 The soldier guy was a chore to snip off the integral base, but I'm getting quicker at those chores. The design of the integral base made it so his left foot was higher than the right (or vice versa) if I tried to put him with a foot flat on the base. It looked sort of like he was running, so I chose to go ahead and run with that pose to make him look a little more dynamic. I chose a 30mm laser-cut base to use for him because he is a bulky guy.

The Hydrissian only has a small area on his right foot to drill in to pin him to a base, but I managed it. I used a Warlord Games flat base (that I usually despise because it makes their minis look shorter than minis from other companies) and a cool scenic base from my bits box. They fit together well and give a normal base height for the Hydrissian. Pinning hi to the double layered base seems to be holding well.

I have some ideas for both of these guys, so the painting should be rather quick. Stay tuned for the results of this second round of the Minismith Roulette stunt challenge!