A mix of old plastics and newer metal minis this time.

First up we've got two plastic multi-part Junkers from the Void 1.1 box. I've been planning these conversions on a large scale (a dozen or so of these old Junker figures with AK47-like guns) since early in the century. I had tried a few attempts to modify their pretty poorly posed arms to hold rifles, but those attempts mostly ended in tears. Then Victoria Miniatures presented a solution with these cold-weather resin arms. I got a bunch of these arms and started going to town. They've also got Victoria Minis weapons along with various bits from other manufacturers. These are just the first two in a long line to come...

And here we have the Troopers with their inspiration known as "Plundahr" an old pre-Necromunda tech ganger from the Confrontation line of minis. 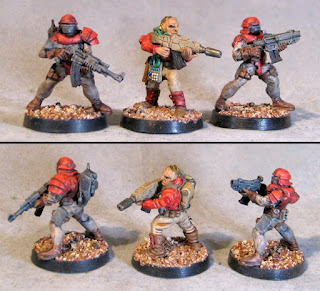 Although it's a civet from Dark Fable Miniatures, the first thing I thought when I saw it was "not-Gyrinx!" So I whittled the large integral base so it would fit flat on a more sci-fi base and painted it aqua-greenish.

Below we've got the new Cosmic Cat with the Colony 87 sculpt. There are apparently a few different breeds of Cosmic Cats out there. 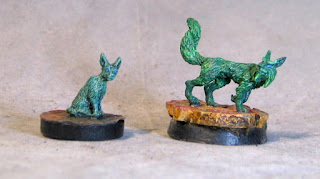 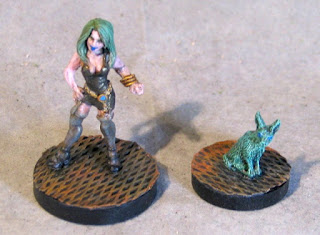 These both got some sci-fi grating bases that I made look a little rusty. 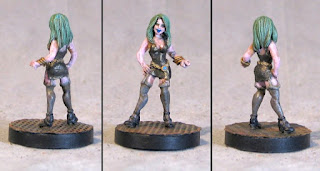 Finally, inspired by an old superhero rpg character, this Reaper Miniatures "Street Walker" is ready to take to the spaceport nightlife fro some action. Here hair is a little more green in real life,but the skin comes across pretty true in these pics. For her dress I used a color-shifting metallic black because she's fancy in space somewhere... 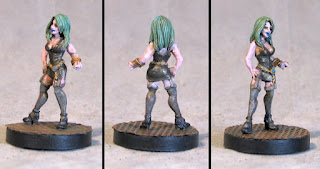