Some Futuristic Crates and a Machine Thingy

Just some always useful Sci-Fi type scatter terrain to block movement and line of sight or act as objectives from time to time.

This thing had been partially painted for the better part of a decade. I'm not sure what convention I got it at, but it was at the Armorcast/Terraform booth, that's for sure. It's a nice little solid resin piece. I tried to give it a grungy industrial look.

Then we've got several generic crates that I think are from Mantic.

I based them because it does make them easier for transport.

They're all pretty bland in terms of the paintjobs. Just progressively lighter shades of grey drybrushing followed by some careful colorful details.

For comparison shots, Heresy Miniatures' War Doctor searches through the crates for a vital something as the Daleks approach. 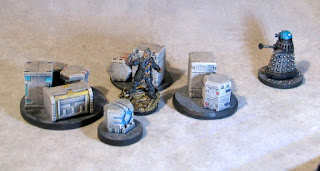 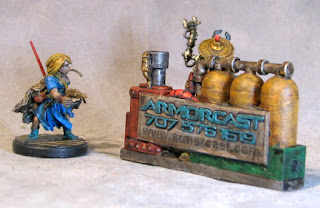 The wandering Tech Priest and his Apprentice investigate an ancient contraption... 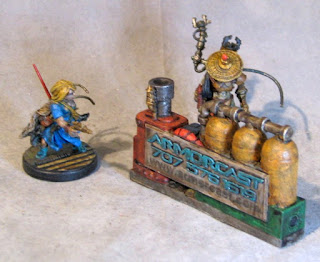