WarGods Oracle and The Last 4 For Lynette

First, a Reaper Bones Elf Sorceress. I've painted up the metal one before, this one is nice but not quite as crisp as the original Werner Klocke sculpt. 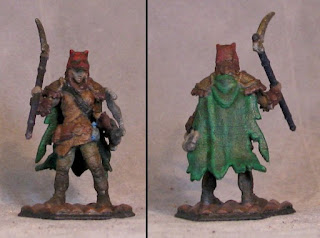 Next up, one of the two HeroForge 3D printed minis- the Ranger. As I've said elsewhere, these are very bumpy and the material did strange things with the colors I was using sometimes. 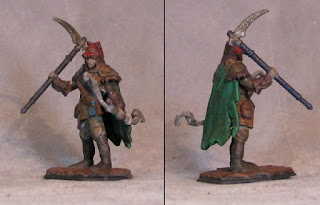 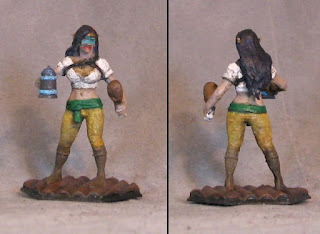 Then we have the other HeroForge mini, what I'm calling the 'Elfin Party Girl' because look at what she's holding! I get how this mini was supposed to come out, but the bumpy material didn't really help it at all. Her face... don't get me started, let's just say it looks kinda blurry because she's already had a few mugs of ale.

Another Reaper Bones figure, this time a Hellcat or Lava Lion or something. I really like how this one came out. I wasn't expecting it to look so good. 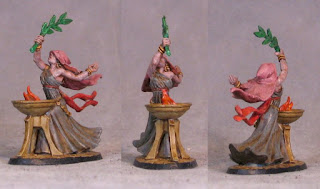 Finally, from the WarGods of Olympus Kickstarter, the Oracle of Delphi! 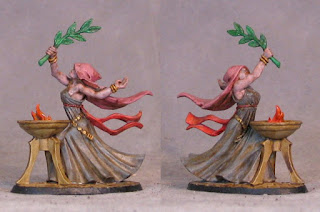 She's been partially painted for over a year, but while I was banging head against the Elfin Party Girl, I decided to finish up this wonder Chris Fitzpatrick mini so I can move on to others from that Kickstarter with more confidence. 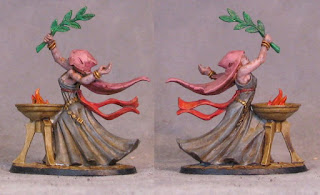