Ever since GenCon moved to Indy (in 2003!?!) I've gone and enjoyed it each year. This year I decided I would not go until Carlos at the Game Preserve made a persuasive argument on Saturday - "I'm gonna go on Sunday." That was it. And so I planned into the wee hours of Saturday night...

I'm glad I went and I must go next year to make it 10 GenCons in a row! 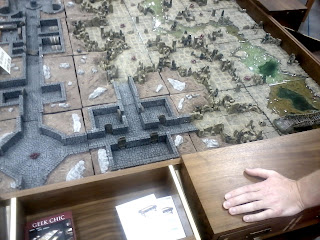 If I only had someplace to put one of these cool gaming tables. 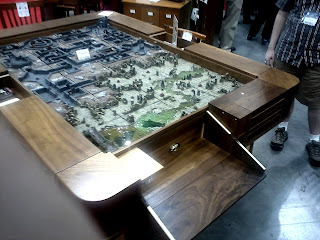 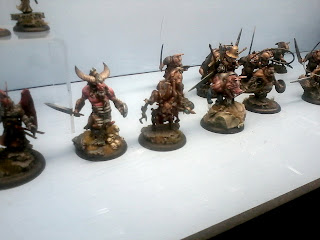 Some pig guy minis from Wrath of Kings at the CoolMini booth. 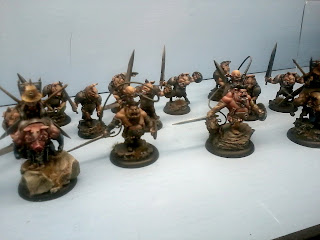 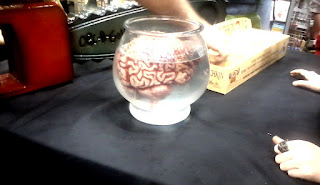 At that one Cthulhu booth. The guy told me the secret is the goo is hand sanitizer! 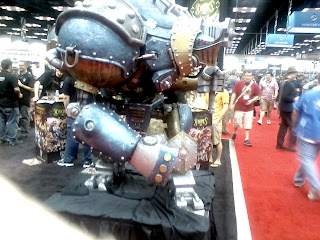 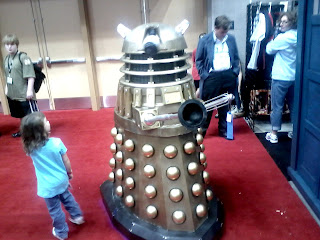 This Dalek was freaking out at all the little kids trying to play with it. He would  screech "careful" and "keep your distance" at them. 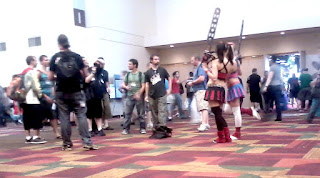 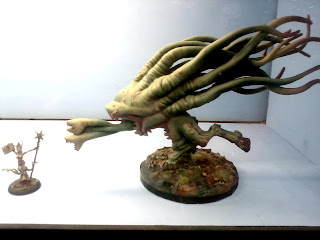 A very disturbing mini also at the CoolMini booth. 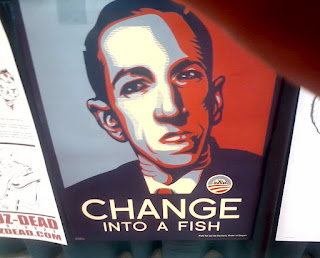 Unfortunately both of these tshirts were sold out (the bottom one they only had size SMALL). 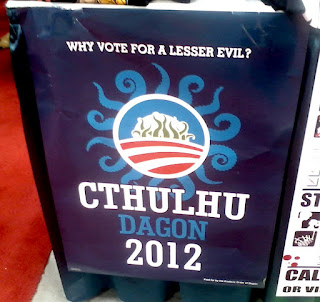 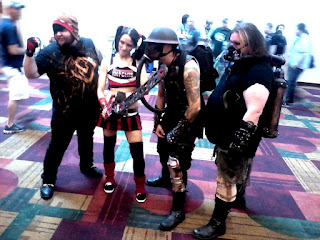 One of the chainsaw wielding zombie killing cheerleaders posed with some wasteland scum later... 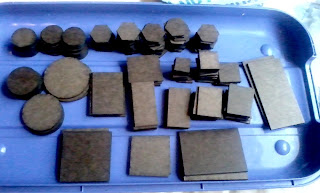 My quart of bases from the GF9 booth.