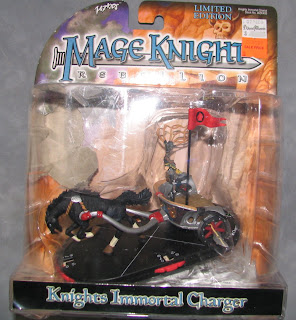 First came Dawn’s Searing Rays. An insane undertaking to make a Mage Knight chariot into something useful- a Shining Chariot for WarGods. They said it couldn't be done but it turned out pretty good. So good that my nemesis, Jordan Banisher of the Dead, decided he needed one too. 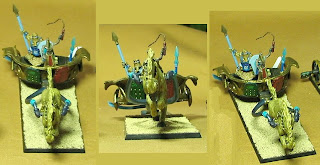 Thus Hetshepsu’s Shining Chariot was constructed. I got input from Jordan on what should be done and he approved the progress pictures I sent him, offering suggestions. I think it turned out even better than the first. I especially liked how the flagpole turned out and cursed myself for removing it from DSR... 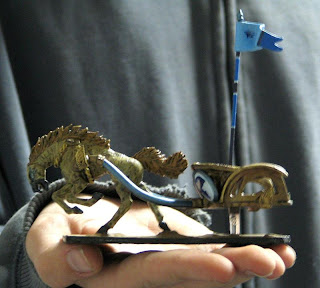 Now we have Burning Horizon. This will be my attempt to make a Shining Chariot I won’t decide to sell on eBay in a few years because it's just not as cool as I will have hoped it could have been (sorry about the tense madness there).
Burning Horizon will be the ultimate power on the battlefields of the Antediluvian World. She shall crash through weakened units, harass the enemy’s flanks, and sieze scenario objectives with impunity. She shall truly be an awesome sight— or at least really cool. 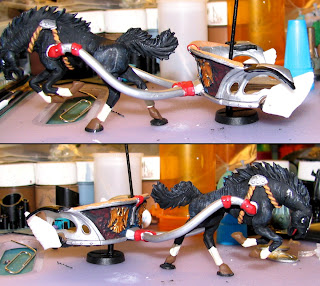 Once again we start with a Mage Knight Charger Chariot acquired for a wonderfully cheap price at one of my FLGS’ in anticipation of another Shining Chariot (I actually picked up TWO of them so I can have a companion Shining Chariot for later). It has a single horse, but that head is not a normal horse—painted correctly it will look like a hawk-headed horse. Sure there’s only one but it’s magical so the one horse has the power of 2 lesser horses.

Wings from a plastic wedding dove replace the wheels. They've been pinned to keep them attached for good.

On the undercarriage I've attached the tail from a smaller plastic dove to help cover the plastic support. I've added two Warhammer High Elf streamer bits around the support too. And I think I may have inally discovered the best way to attach the chariot to a base-- by securing the support in a 20mm round base that will eventually be affixed to the chariot base. This will make it easier to paint the whole thing. 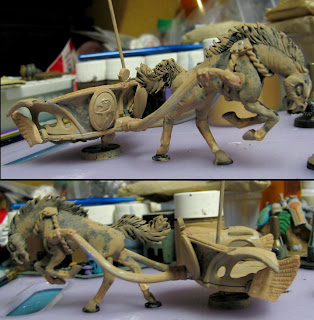 Finally a little more Ægyptification of the chariot by adding the top of an old Tethru Master of Words' staff as a sort of hood ornament.. The rest will just be paint, I think.