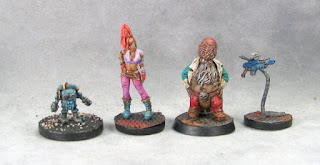 A quartet of unrelated sci-fi themed minis this time-- they all happened to get finished around the same time. 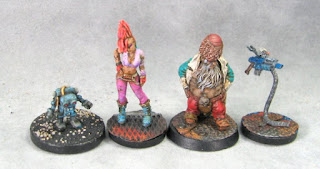 First up is another Servoskull, this one armed with a big gun of some sort. Guitar string and other bits from my collection made it into this guy. It's been awhile since I've done an armed skull and this time I wanted a little more firepower for it... 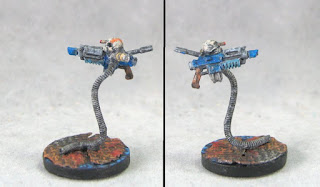 Next we've got a little metal mini of a clunky robot. I like to think of him as the secret mastermind behind the latest Killbot uprising. 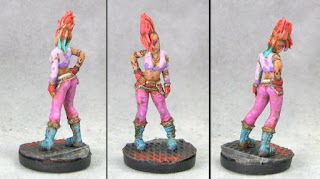 And next is a great 3D printed figure from Papsikels. I've dubbed her a Spacepunk Girl and painted her accordingly. Maybe she was kicked out of an Escher gang. I really like how the tattoos on her arm came out- I used a superfine micron pen for them. 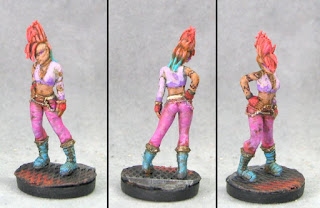 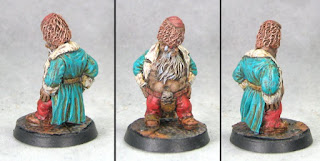 Finally we've got a Scibor Minis dwarf cannon crewman that I decided to paint up as a gruff sci-fi dwarf (Squat?). I've named him Grumpov and you can just see his right eye is a red cybereye. He's not going to take anybody's crap about not wearing a shirt. 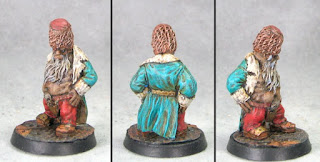