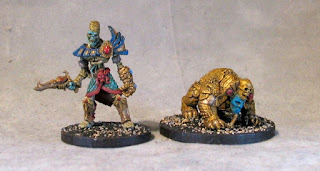 A couple of Egyptian-themed sci-fi minis!!! 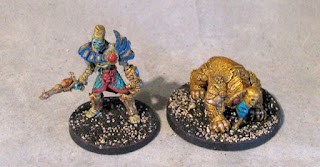 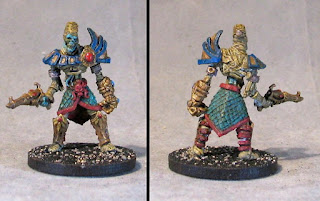 First up, the second Space Mummy Gunfighter (a conversion of one of the Pharon miniatures from the Vor line of miniatures). This one's original gun was a way oversized thing that is now in the bits box- I decided a plastic Dark Eldar pistol looked like it fit much better.

This thing started out as a plastic prepainted D&D mini (I have no idea what it was called, but it had a wierd tentacle instead of a head). I added the plastic Tomb Kings head because I thought "that will be REALLY weird!" I picture this as the Space Mummies' bloodhound that helps them track down their victims/bounty. 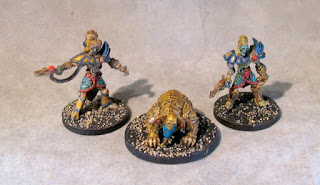 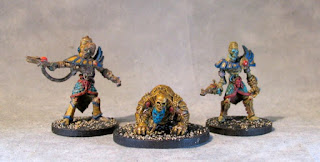