Finally some finished minis to show off!

I had long been wanting to do something like Warlock of the New Mutants to add another batch of aliens to the never-ending spaceport project. to that end I got some Woos Elf plastic Dryad bits and started playing around with them. This was the first attempt, a Technarch Civilian. I didn't like how it originally turned out,so it's been sitting around for a year. I think it's better now, but I still don't love it. I think it needs more black, but i can't get the "circuitry" look I'm going for.

Then I stole an idea I saw from someone else who combined the Dryad bits with some Tyranid bits. This gave me a couple of Technarch warrior class (a Catafrakta above and a Hoplikta below, because bastardized Greek for space stuff is cool) types. They have a color scheme closer to Warlock, and it seems to work better than the blue for the civilian. More of these guys are coming... 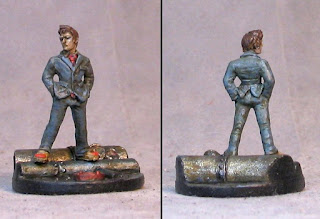 Finally, the Heresy Miniatures "Dr. Hugh" painted up as a birthday gift for my mom who's a big Tennant fan. 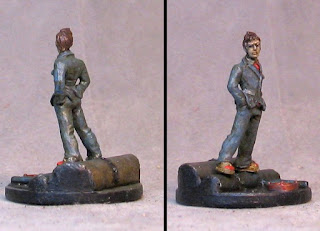 Based him up on a fancy pipeworks base with some sort of glowy molten hole thing, because that seems like somewhere he'd be nonchalantly standing. 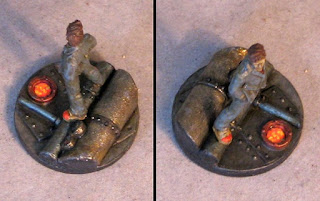 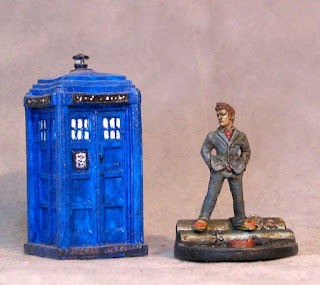 ...and the obligatory shot with the Reaper Bones Tardis.
Labels: conversions Doctor Who sci-fi minis