Space/Cyber Dragon WIP 2 (The Base) 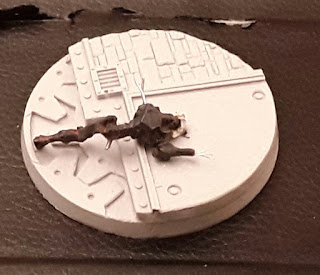 I finally decided to go ahead with the Dragonforge Goth Tech Expansion 60mm base from their Kickstarter. It's a pretty solid resin piece with a nice look to it. 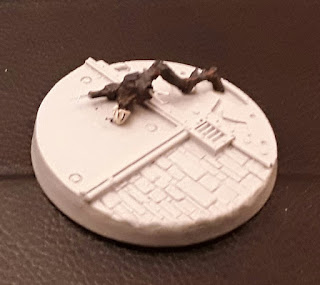 For the dragon's right foot, I added a battle-damaged AT-43 Therian to the base in the right spot. To make sure he doesn't move, I pinned his head to the base and glued his remaining foot near the edge of the base. He seems pretty secure now. 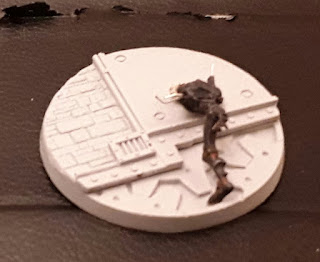 For the dragon to be attached to the base I decided to pin his tail and left foot to the base. These pins are still loose now because I figured the base and dragon should be painted separately to make it all go smoother. 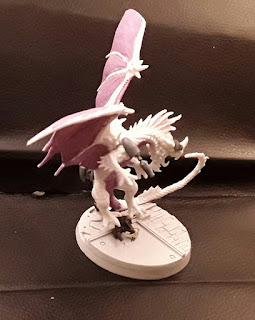 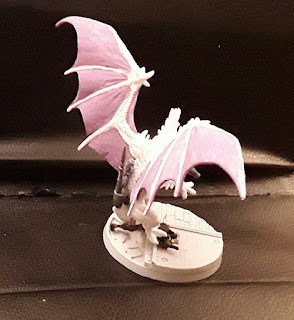 I think the composition is pretty good for his action pose. For these pics I swapped the weapons around from last time because-- magnets! 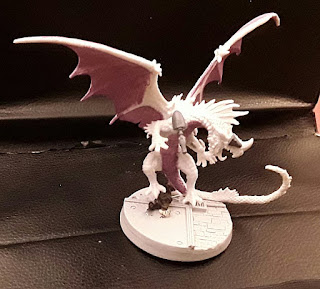 Some painting should be in the next update.
Labels: conversions dragons Dysprosian Brotherhood Kickstarter Stuff Lame Terrain monsters sci-fi minis