Some 'Return to Colony 87,' a Gelatinous Cube and Human Female Not-Predator

Finally some finished minis! The main focus is on some of the excellent Rogue Trader-ish Colony 87 minis with a couple others that sort of fit that genre.

From DGUSA, I've had this mini partially painted for years. I finally decided to convert it a little (she had a big blaster rifle thing that didn't fit what I had in mind for her) by adding some plastic bits and giving her a new right arm with a high-tech spear. 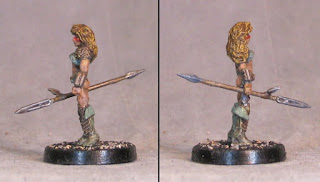 From the Reaper Bones 2 Kickstarter, this is the clear plastic Gelatinous Cube. I did some thin washes of an orange red to make it a little more interesting than the simple clear look. 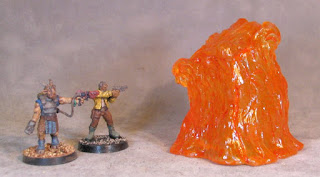 Above- a couple of 28mm figures (Victoria Miniatures and Heresy) futilely shooting at the advancing alien menace. Below- Someone inside the Gelatinous Cube being slowly digested. 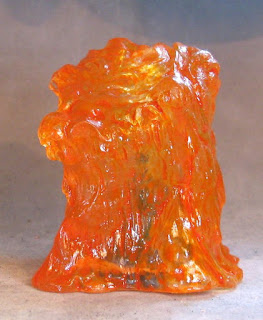 One of the extras from the recent Return to Colony 87 Kickstarter, this is a 'Cosmic Cat' wandering through some ancient civilization's ruins (based on a Micro-Art Stufios 25mm resin base). 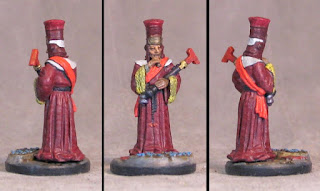 Another Return to Colony 87 figure, the Advisor. He also seems like he could be some space wizard. 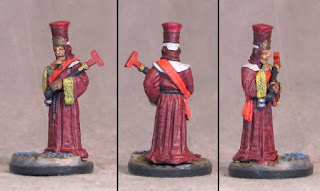 Based on one of the CMON Kickstarter plastic base inserts- I really don't like the curved edge bases they fit into, so I'm using them as is.They're a little smaller than 25mm. 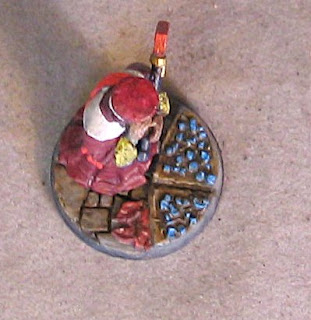 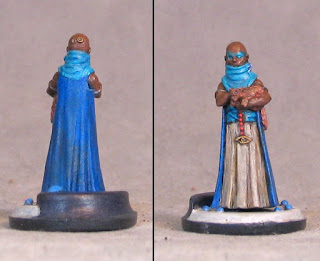 I think the Priestess is my favorite of the newest batch of Colony 87 figures. 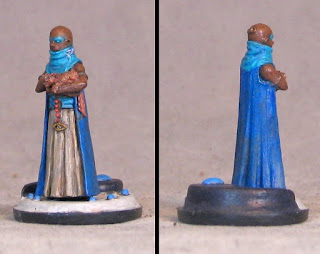 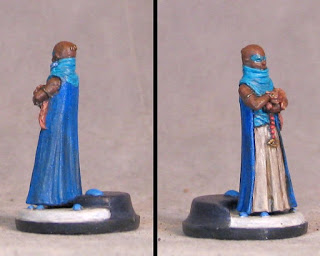 Based on another of the CMON base inserts (the not-Eldar style) I chose the yin-yang sort of base since she's a priestess. 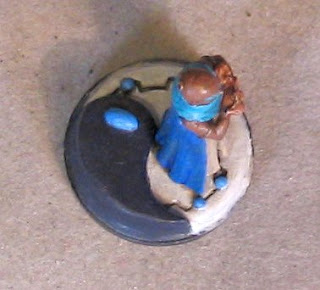