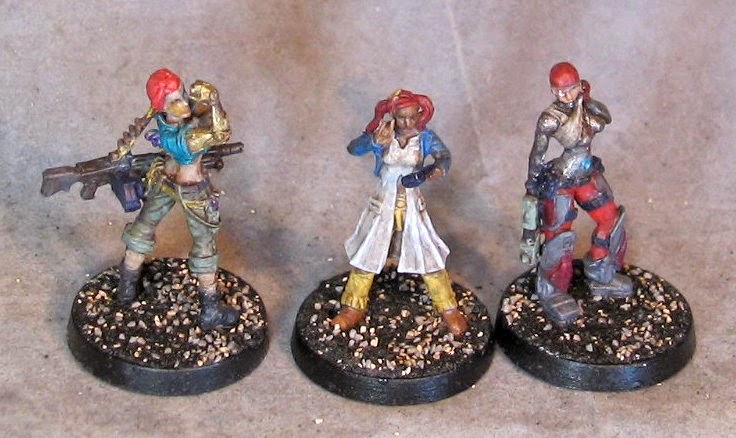 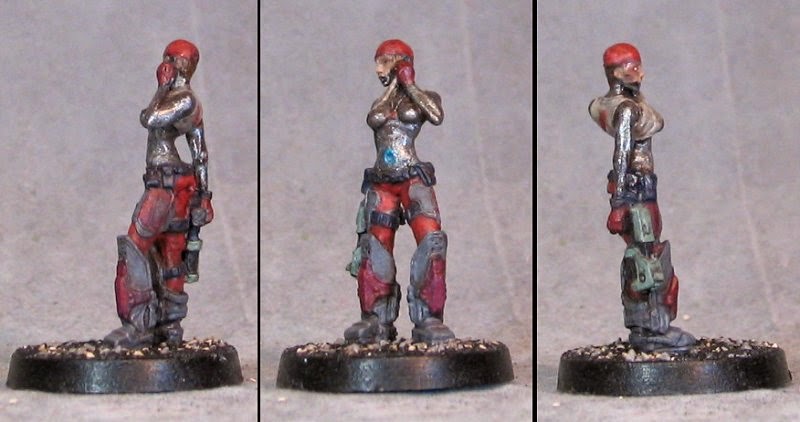 This is the Bug Hunter figure from Kabuki's 21st Century Pinups line. I really didn't like the big pulse-rifle so swapped it for a Heresy sci-fi pistol. When I first saw this figure I thought of Ladytron from the old WildCATs comic and so made a few cuts here and there to make a sort of Ladytron cyborg chick. 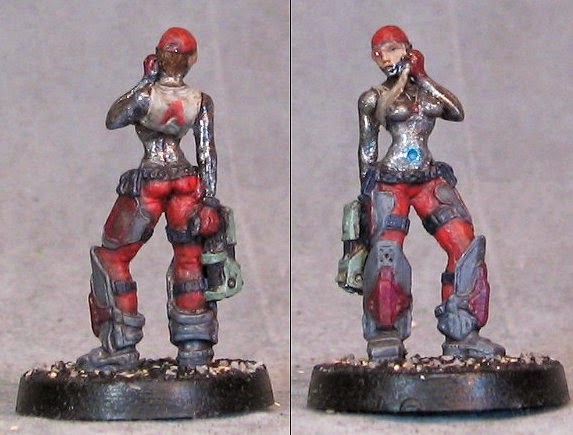 Tania the Tanker figure from the 1st Toughest Girls in the Galaxy Kickstarter. I was never a fan of the big bazooka weapon she came with, so when it was kind of miscast I was not too sad and settled for an Eisenkern Stormtrooper (Dreamforge Games plastic Germans in Space kits) rifle. I think it fits her pretty well.

And finally, from Antenocit's workshop sci-fi civilian line. She would also work as a hacker or a techno-witch or Time Lady, too.
Labels: conversions female minis Kickstarter Stuff