Sebeki Priest and Guardian of the Delta

First up we have "Min, Guardian of the Delta." 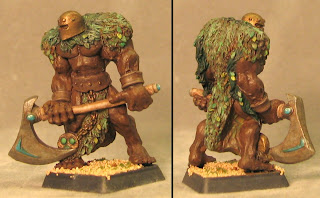 An old Chronopia miniature that I've rebased and touched up so he can be used as an Asar Hero- especially in the Traveller's Luminaries warband.

It's too early to tell if he will be available to the Luminaries for the Pandora's Box Finale at GenCon but this way he's ready to come right off the bench and into the fray... 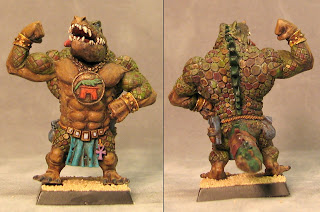 He's done and I'm always mad when I remember how fun Sebeki are to paint up. I usually avoid my Sebeki backlog because I think they're going to be tedious and hard. But once I finally focus on one they're a snap. 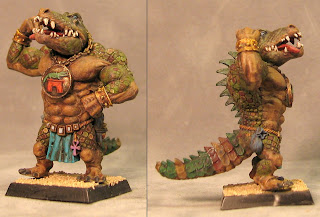 Yes he's got an Ork pouch with 2 bullets on it on his left hip. I figured that can represent his sling or some special religious gear (like the holy hand grenade).

This guy turned out much better than expected. I want to paint another Sebeki now...
Labels: minismith commentary updated older figures WarGods