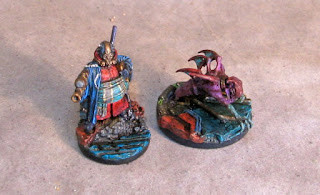 Brother Juvani and a Stijain Biodrone, the latest members of the Dysprosian Brotherhood to be completed. The Brotherhood was conceived as a group of wandering cyborg adventurers/scavengers of many races. 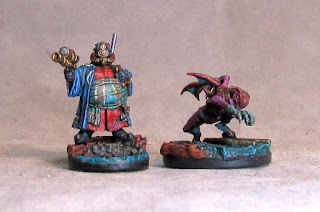 First up we have the Stijain Biodrone- just a singly based Dreamforge Games Feral Shadowkesh. I was thinking Brother Juvani needed some sort of drone that he could control from afar, so I looked through little robots and drones that I actually have miniatures of. But then it hit me- why not some sort of biomechanical sort of drone? So I chose something that looks a little like the xenomorphs from Alien, but not too much like them. 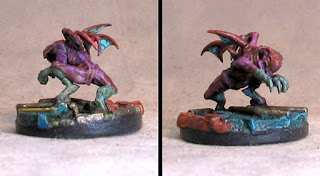 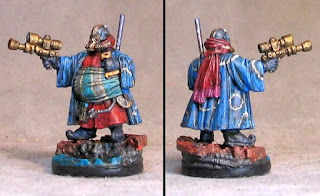 Brother Juvani Vashtar is a former 'Scoundrel Merchant' who fell in with the Dysprosians after a difficult trade deal on a backwater planet.

The figure is an old GW Warhammer Dogs of War paymaster with some bits from here and there. The head is from one of the Mechanicus plastic sets. The weapon comes from Heresy Miniatures 'War Doctor'- it was one of the alternate hand options. Then there's some guitar string and a length of brass pin. 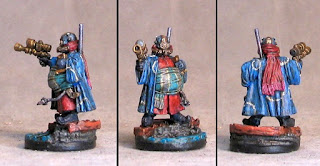 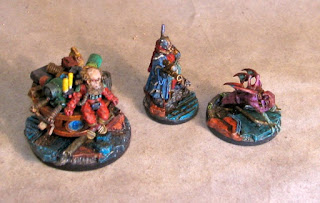