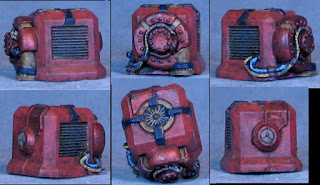 Another sci-fi/steampunk piece from Reaper's Bones 2 Kickstarter. Below, the Minismith and Mr Brown attempt to defuse the nefarious anti-reality bomb... 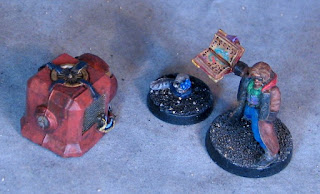 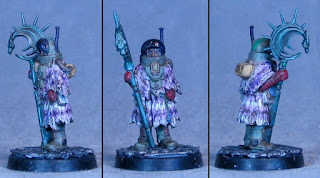 The 'Wandering Alexi' mini from Colony 87 Kickstarter. His original staff head broke off so I replaced it with this plastic bit. He is now "Herald of the Great Bakka the Dragon Cosmic." 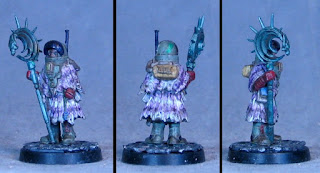 Below, instead of just a plain old base, I decided to fancy it up a bit with some grating. 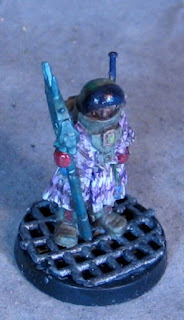 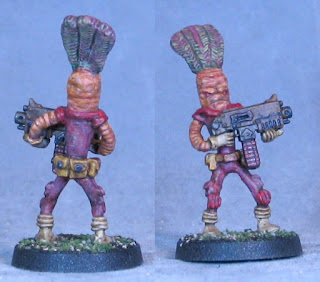 From Brian Roe's Trash Bash Bits Kickstarter the Carrot Man add-on. I didn't really like his blaster so gave him a nice plastic bolter I had lying around. 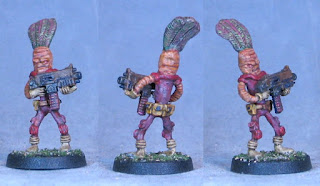 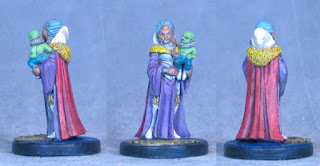 Another Colony 87 mini, this is the 'Lady Greis' mini that I've renamed "Madame Uvular Tashkent" with her lil' buddy. 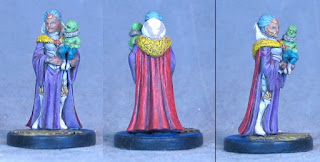 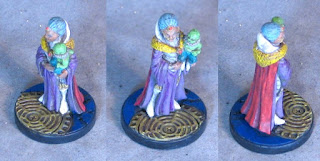 Like Alexi above, I didn't want a plain base for her, so I snipped off the slotta tab and pinned her to one of the Sedition Wars bases. 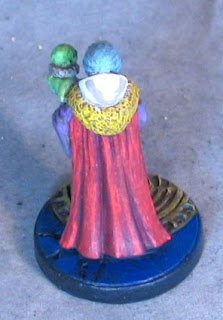